I address a question to experts.
If is the first time that you enter in a very large casino (with at least 20-30 wheels), how do you choose the one or ones that can be predicted more easily?
For example you are alone, not in team, only to find out which of the 30 wheels can have some DD it can take a long time.
And a man who stares at the wheel without playing can be easily noticed.
Is there any particular that can reduce the number of wheels to be analyzed from 30 to 5-10 for example?
Are there wheels that can be discarded at first sight, thus reducing the time to spend?

It doesn’t take long to spot a non tilted wheel. You just need to walk around and watch all of them. It’s nice when you only have one player playing the outside or something. You can see more spins in a short time that way. Watching roulette is not an abnormal venture. People do it all the time. That’s one of my peeves about the game. On guy plays while his 5 friends crowd around him.

You should be able to rule out a wheel in 10 spins, give or take. A good tilted wheel will take a little longer (30-50 just to be sure, at least for me anyway), but it should become pretty obvious which wheels are good or bad.

In reference to the manufacturer which are best to be predicted, in your opinion?
And what are the most popular in Europe?
CAMMEGH, JOHNHUXLEY, ABBIATI?

I see what you are saying. It depends on the track as well as the kind of VB method you are using. If the track is worn then the ball is unlikely to stabilize early enough in the spin. In this case, I would observe for a few spins and see how many revs the ball makes, how much chatter there is, and then you can check for the degree of tilt. It’s really a wheel to wheel thing, not so much brand based.

Personally I would stay away from the scalloped pockets like on the Cammegh, especially with lighter bouncier balls. Luckily we do not have many of those around. We have none in our province, I know of one casino in the Free State, and I think in Jo-burg there are a couple. Luckily no Starburst wheels either! Most wheels here seem to be Huxley Saturns.

HUXLEY WHEELS ARE ADVERTISED on the website of the manufacturer as:

“The World’s most random and secure Roulette wheels”.

They also sell the AccuLevel: I saw sometimes use it before opening the tables. 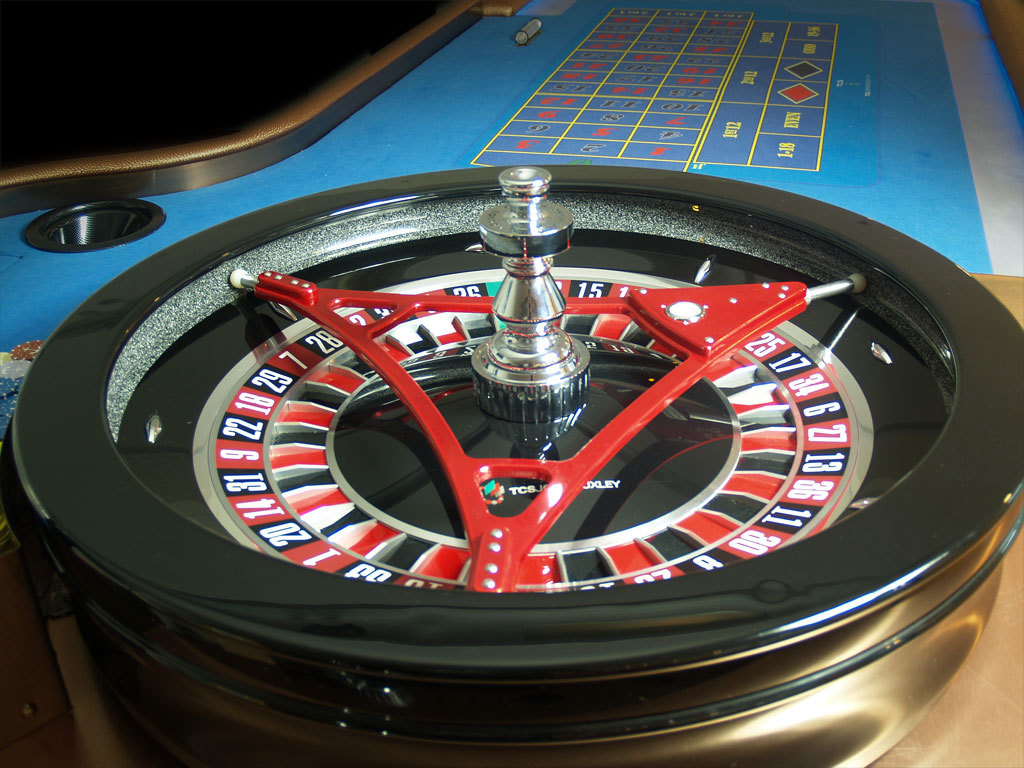 Even if they use the proper level, if there is a track defect you are likely to have a dd.

As it was mentioned many times;

Roulette tilted wheel is just an expression, for a roulette wheel with dominant ball drop point.

Often you may find wheel where for example the ball mostly drops at one diamond but when it goes in different direction it may mostly hit opposite one. Such scenario definitely is not because of tilted wheel but most likely because of deformations on the ball track. We still call it a tilted wheel, because it’s easier, because someone else long time ago starts calling it that way and anyway the created effect is ~same.

For example when someone experiments with his wheel he doesn’t damage the ball track, instead he slightly tilts it to one side.

ı was at a casıno tour last week for two days and ı searched for a good wheel to play.the most profitable wheel that ı could find was like this;(cammegh)
ı observed the wheel for scatter pattern and diomond hit for about 60 spins;30 cw 30 acw.
when wheel is clocwise direction the ball hitted 3 o clock diamond %55(17/30 spin), 9 oclock diamond %30.when wheel was acw almost all diamonds seemed to share equal percentage hit.
in this 17 spin out of 30 (when the ball hitted DD 3 oclock) the scatter was like this;(by the way all 17 spins the rotor speed range was 5-6 sec per rotation)

so ı thought there is three peak scatter.one is +13 second +20 and the third peak is +27.and lastly there was big ball chatter noise.
if you were me do you play with this wheel?
if yes how do you arrange betting pattern?
and last which method do you use to find the reference number?

try to pick the sixth rotation to end?
try to pick when ball is 1 sec/rot?
vb2?

why ı asked the last question because there was big ball chatter noise.

there was no visible sudden deceleration.
average ball rotation till beginning to the end was about 15.

I would not play it. 50% dd is not good enough. Then your scatter also seems to be all over although you do not have a very big sample. Off the bat you will most probably loose 50% of the spins because your dd didn’t hit. IMHO you cannot manifest enough of an edge.

yes you are right toxic unfortunately ıt was the best wheel among others and ı lost 1k:( after observing 60 spins ı decided to play only cw so ı started.also when playing ı continued to observe diamond hits and scatter.it wasnt changed durıng my play.because of the 3 “peak” pattern of scatter ı played three call bets.but ı thınk my main false was about to find the ref number.because in one spin the ref no ı took was 0 drop number was 3 and outcome number was 33.another spin my ref number was 1 drop number was 9 and outcome number was 11.in this two spin diamond hit was 3 oclock and as you see scatter was +13 but my ref number was false or ı falsely observed rotor speed.