For ABC-Switch better first talk with forum member abcde123, he makes them. FFZ comes with 2 switches but they are not good as ABC.

How many (required) ball revolutions does the system need to set up the ball speed range; what is the minimum? Many dealers at European casinos are spinning the ball very slight.

On top of it the system needs about 3/4 of rotation to indicate the prediction, totaling to 2.75 rotations. Of course there is a rotor clocking which takes time. The Acrobat software can clock full ball rotation or ½ without any prior settings but it also can be set that as ½ is clocked it is used to clock ¼ of the rotors rotation. In addition to it in the case of slow rotor reasonably constant and short spins the player can use magic rotor clocking where he clocks the rotor once, the system remembers it and in next spins uses it as clocked rotor time so the player can clock only the ball, or if he has a bit more time he can clock ½ or ¼ rotor as well. The system would simply know if he clocked rotor or if he skipped it and clocking the ball.

How fast can you ship it to xxxxx?

Are you able to declare the package as gift, due to taxes?

That is how it is and never have problems with import tax in any countries except Slovenia in the case of FFA.

4. What about confidentiality, staying anonymous?

It is important especially in EU where they check plyers identity. I never published anyone’s details, and few times changed users nick names because they registered with real name.

Another common questions are about possible advantage.

I have an advanced knowledge of VB, but I cannot realize them for real, in a casino. So, I would like to make less amount of money every second day, about €600,-! Can you offer me something to your taste?

I used to be a professional Blackjack card counter, has been barred by some USA and UK casino....Now I am interested to study the roulette computer system. Do you think RC can beat modern casino roulette wheel nowadays? Casino will gain 2.7% for average players ...If by using the RC, what is the % winning players can achieve? It is possible to gain 5-20% in nowadays casino situation.... Please tell your experience, even if proven RC can beat casino by 5% in long term, I also happy

Some time ago we run a survey at our forum to see what is really happening.
You can see results here; 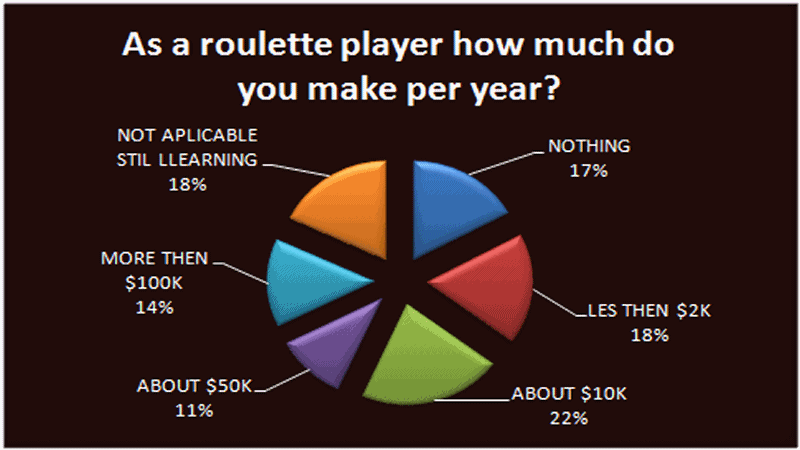 Roulette Survey - How Much Money Do You Win Per Year? | MyRulet

Roulette players around the world answered roulette survey, For centuries of roulette play, there have been thousands of systems created to try to beat the roulette game. None of them has worked. The house keeps some of the money on a win; therefore...

Since then RC improved but and many wheels has been replaced (about 4 years ago).
There is still a survey in forums section I am not sure if people still making feedback, perhaps I should start the new one.

With RC is similar as with BJ. You may have advantage but there I always variation. I have had experiences losing ~30 spins in a row, but and winning many in a row. The computer may produce the advantage of 1:30, but when playing lets ay 6 numbers you should win once in every 5 pins. Same as black and red for example can happen 10x in a row which is 18 numbers, from only 6 numbers it may happen that any of them do not hit just by a coincidence, but the ball jumps differently few pockets more or shorter and because it is fewer numbers it can happen more often and for longer.

If you follow card shuffling you can be certain about the advantage, with RC you may not be so certain even the RC definitely generates advantage.
For example new dealer comes with oily hands. Before RC measured ball speed 1000ms and it traveled 6 rotations but now it may be 5.75. The computer has player’s feedback and it will tune to it but it takes time. Or the wheel may be tilted but many people on the table can wobble it to different tilt. Another issue with roulette prediction is rotor speed change causing change in ball jumps. The acrobat has ability to learn that but it takes time so it is easier to play without significant changes. Assuming there is no such changes the RC will produce far greater advantage then the BJ play may have, but as explained it also depends a lot of playing conditions, players understanding and observation.

The acrobat software we test in usual against video spins where the ball slowing down at the moment of prediction with ~200ms per rotation. We test and against newer wheels where the ball decelerates two times slower making it harder to predict. With 4 rotations clocked for prediction there is really no noticeable difference in accuracy of predictions, even with 2 ball rotations clocked the results are similar. On wheels where the ball decelerates slower is possible to clock slower ball and still have enough remaining time to place bets.

The main cause that reduces play advantage is unpredictability of ball jumps. Often it makes the players advantage depending more on that parameter then on the accuracy of RC’s prediction. If you make a chart of wheels you may play how much the ball jumps from position where it drops, you can calculate possible advantage for example how often it will stop on area of 7 pockets where it stopping the most.
If such chart shows you 50% advantage of course it would be much easier to play with more certain advantage than if it shows only 10%. The Acrobat software has possibility to record ball jumps, together with clocked rotor and ball speed. It analyses it and helps, the player can activate the auto play from recorded data, it helps a bit but majority of differences of ball jumps are caused by other factors.
This is an explanation but It is not really an answer simply because I cannot answer the question as it may be expected.

Is there any serious difference in the overall calculation process in between Acrobat 3 and 4?

No there is not, new FF4 hardware still uses Acrobat 3 software just modified for the new hardware.

"Do you intend to upgrade the FFV to be used fully on levelled wheels."

It is. Only new menu 6 i do not recommend to be used with tilted wheels because of possibility to make mistakes with corrections until the Acrobat4 solves the issue.

I have read several comments on xxxx comptuers, its seem it useless to produce good performance in real casino… Can you recommend me any good roulette computer for me ?

Mobile phone RC unusual are bad because of inaccurate timing. But recently that improved so thy may work better. However all talking computers have problem that the rotor has to be clocked when the zero is in a particular position. It loses valuable time.

We make custom RC’s which are far smaller but designed to measure time with much higher precision then needed.

FFA is only easier not better, same as any other talking computer it has disadvantage with rotor clocking.

Good explanations, many thanks! 8)

Does it give me the information on the exact number on which the ball will drop or it will be the "sector'?

Your roulade computer works on every wheel?

Most likely. There are some wheels with extremely slow ball deceleration and low diamonds position making it very hard or not worth predicting.

The speed of the spin of the ball and the wheel. Does it have to be always the fast spin or it can be the slow spin also? I mean sometimes dealers throw the ball fast and sometimes slow. The same with the wheel.

FF needs to time full rotor rotation or ½ rotor. For full rotor or ½ it doesn’t need any additional settings. It can be also set to clock ¼ rotor rotation or to use fixed rotor speed where rotor is very slow and reasonably constant. It also needs time to clock 2 ball rotations (it can be set to one as well). Then it needs additional up to ¾ rotation to indicate the prediction. If the spin is only 10s long and if the process takes 5 sec then you would have only 5 s left.

How discreet is the actual device? I mean can it be used in the actual casino discreetly?

FFZ and FFV are very small, FFV is smaller than a casino chip. They do not use induction loop as talking computers do, where if next to you is a person with hearing aid would be able to hear your numbers. If someone is using RC in usual is fund by stile he plays and not by scanners or some devices. FFV because s in hand and so small easily can be dropped. 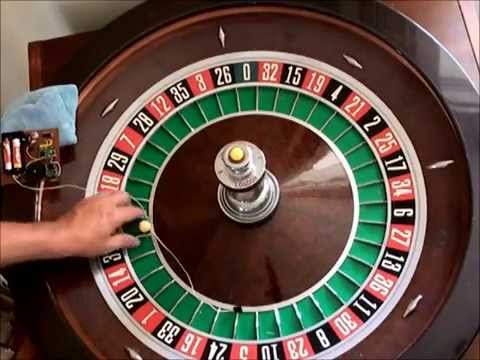 The video is a bit outdated, but it gives an idea about the device.

As i get it, the RC cann predict with mostly 100% the place where the ball goes off the "track" and hits the wheels itself, right?

Then it starts jumping randomly. I can understand that this is very hard to predict where will it stop jumping. So the RC collects the statistic data about ball jumping and can help me with that. But only in a statistic way. Is that correct?

If collecting data with RC it saves it in relationship with rotor speed and ball speed.

The system can inform the player how the ball jumps with fast, medium and slow rotor. Or the user can extract the data form the system and analyses it more precisely. Since with each ball jump is recorded and ball speed, it can also help to define how the ball may jump based on where it drops.